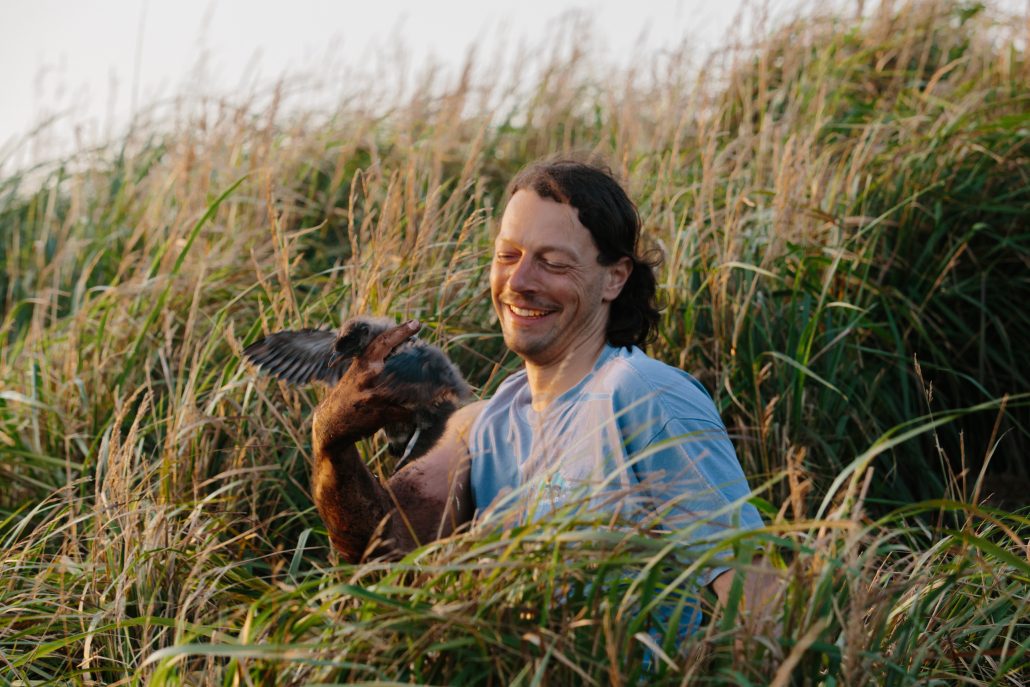 If you want to learn about seabirds, you need to start by learning about the sea. After all, these are creatures that spend 99% of their time at sea. Beyond the bare minimum of time required on land to lay and incubate an egg and provision their chicks with food, seabirds are truly at home in the ocean. They are exquisitely adapted to live their long and interesting lives in an environment where we humans would barely last a few hours. This dependence on the marine ecosystem makes seabirds extremely sensitive to variations and cycles within the ocean, particularly variations affecting the abundance and distribution of their preferred prey. In fact, some seabirds are so dependant on certain prey, whose abundance is dramatically influenced by ocean temperature or other physical variables, that they can serve as remarkably sensitive indicators of marine conditions. Put simply, while we can only get to know seabirds by knowing about the sea, we can also learn a LOT about the sea by studying seabirds!

Cleland Island isn’t a particularly large seabird colony, supporting fewer than 10,000 pairs of birds of all species. That might sound like a lot but it’s a fraction of what might be found at larger colonies like Triangle Island to the north, which hosts well over one million pairs of birds. Nor does Cleland support any rare or endangered seabirds, species breeding there are common and much more numerous elsewhere in BC. From a practical point of view, Cleland is a pretty terrible place to study seabirds; it’s small and inhospitable, there’s no fresh water (necessary for scientists, not for seabirds!), there is virtually nowhere to set up a small tent and it’s extremely difficult to walk around without disturbing the nesting birds. So why bother going out there, and why keep going back? Well, what makes Cleland Island special isn’t what it is, but where it is. Cleland Island is unique because it lies smack-dab in the middle of one of the most variable marine ecosystems along the entire Pacific coast.

The west coast of Vancouver Island lies directly in the path of the North Pacific Current (NPC) – a warm water current originating off the coast of Japan. The NPC flows uninterrupted over 4,000 miles before slamming into the continental shelf off of Vancouver Island and bifurcating into the southward flowing California Current and northward flowing Alaska Current. Slight changes in the flow, direction and point of bifurcation of the NPC result in dramatically different oceanic conditions here on the west coast. Some years are dominated by cold, nutrient-rich water, others by warmer, nutrient-poor water. The variation in temperature is based on many complex and interrelated variables, and it causes dramatic shifts in ocean productivity that trickle up through the entire food chain. On Cleland Island the implications are immediately obvious once the sun sets and the first rhinoceros auklets start crash-landing in the low shrubbery that covers much of Cleland.

If you have spent any time offshore here, you have likely seen a rhinoceros auklet. They are lovely birds in their own right – charismatic, understated, dignified in a goofy way. They are also a perfect indicator species to try to assess marine productivity for two reasons: Firstly, while many seabirds eat, partially digest, and then regurgitate food into a chick’s mouth, rhinoceros auklets forage near their colonies and carry a mouthful of whole fish back to their chicks. Secondly, they nest all across the northern Pacific and scientists have monitored their diet at sites all the way from California to Alaska for decades, giving us a really good idea of how breeding success correlates with chick diet. In years in which nutrient-rich species like sand lance and herring predominate, chicks grow nice and fat quickly. In years where nutrient-poor species like juvenile rockfish and/or juvenile salmon predominate, it’s so hard to fatten up a chick that breeding birds might give up halfway through the season, departing en masse, abandoning their chicks to starve.  In the simplest terms, cold water years are good, and warm water years are poor.

Cleland Island, right in the middle of the ever-shifting NPC warm/cold interface gives us a unique ability to track these variations and determine what’s happening in the ocean across multiple trophic levels. We can assess the breeding success of the auklets immediately by looking at chick diet and extrapolate to most other seabird species that react similarly even if they don’t eat the same prey. We can assess the health of the prey – sand lance, herring and other baitfish – by looking at what they are eating (every fish in every sample is carefully measured and weighed and a representative subsample is dissected to permit a full analysis of stomach contents back in the lab, a mind-numbing and painstaking effort by collaborators with DFO), and then the diet of the baitfish can be retroactively correlated to recorded ocean temperature readings. So, by visiting Cleland Island long enough to collect a couple dozen bill-loads of fish (1-2 nights), we can confidently assess the overall productivity of the entire marine ecosystem on the west coast of Vancouver Island in any given year and compare those results to multiple other sites up and down the Pacific coast at which the same samples are collected.

Acknowledgement: It goes without saying that this research wouldn’t be possible without the support of the Ahousaht First Nation. We are extremely grateful for their ongoing encouragement and for the opportunity to keep going back to this very special place.